It seems that each play I see by Agatha Christie features a creepy song, and “The Mousetrap” was no exception. After almost 1 year from seeing “And Then There Were None” by Agatha Christie, I did it again 🙂 Of course, I went to the play without reading the book, so the whole story line was surprising and exciting!

“The Mousetrap” is a classic murder mystery. In a nutshell, the play tells the story of 5 travellers who are hosted at the Monkswell Manor during a snowstorm. At the same time, radio news inform that a murder took place in the neighbourhood and warns that the murderer could be close by, as all roads are blocked by snow. 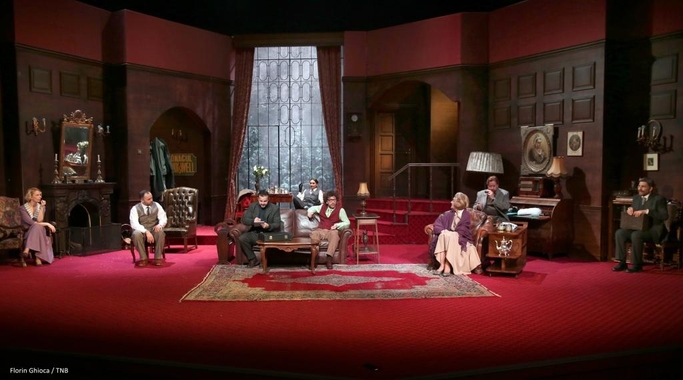 As I was very enthusiastic about the play, in the aftermath I researched a bit about it. And I found two very interesting facts about the play:

It seems that, by tradition, at the end of the performances, the audience is asked to keep the secret regarding the identity of the killer so that the surprise element is not ruined for the next spectators. This happened at both plays, and I really hope it works!

In conclusion, I recommend going to “The Mousetrap” by Agatha Christie. With plot twists and tense moments, the story will keep you hooked until the last moment!

‘Till next time … happy theatre-ing! 🙂

PS: Some logistical details about the play – it took place at the National Theatre in Bucharest. The ticket was 76 lei/person (approx. 16 euro)

View all posts by Georgiana

3 thoughts on “Theatre review: The Mousetrap by Agatha Christie”

Hello and welcome to my blog!

I'm Georgiana and I'm passionate about books. Guilty as charged :)
You can find me reading mostly fiction (especially dystopian stories and climate fiction), some memoirs, and a tiny bit of poetry.